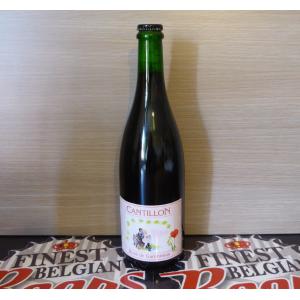 Kriek certainly already existed in the beginning of the 19th century. It is, however, more difficult to determine when the Framboise-Lambic appeared in the Brussels pubs.

Anyway, the beer certainly was available in the beginning of the 20th century. Paul Cantillon mentions a higher number of bottles of Framboise than of Kriek in his inventory for 1909-1910. During the First World War, the fruit beers disappear from the inventory. From 1922 on, the Kriek will be produced again on a regular basis. As for the Framboise, it was produced for a short time in the thirties and disappeared from the inventory afterwards.

In 1973, a friend of mine, Willy Gigounon, deliverded 150 kgs of raspberries at the brewery. The production of raspberry beers started again 40 years later.

I was preparing a barrel of raspberry beer. The beer coming out of the small hole in the middle of the stave was marvelous.

"It has the colour of onion skin", said a voice behind me.
It was Raymond Coumans.
He was admiring the colour of the raspberry lambic reflecting in the red copper of the buckets used to empty the barrels. At that time (1986), "Raspberry-Lambic" already was synonymous with a sweet, artificially flavoured beer. This is why we decided to distinguish our beer from the other raspberry beers. Raymond proposed to call it a rosé, dedicated not to Bacchus but to Gambrinus.

The process to make this beer is identical to the one to make Kriek. When young, the Rosé de Gambrinus will still present its full fruity taste. Later on, the lambic taste will become dominant at the expense of the fruit taste. 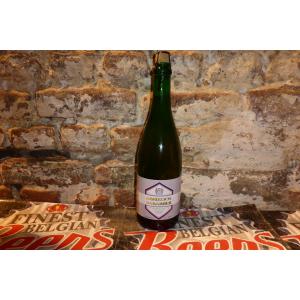 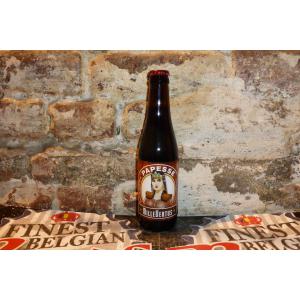 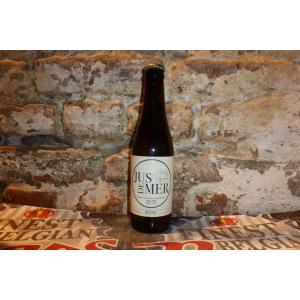 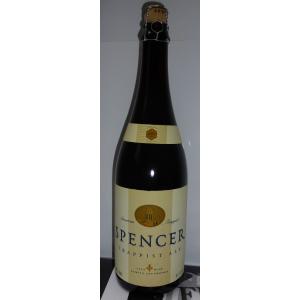