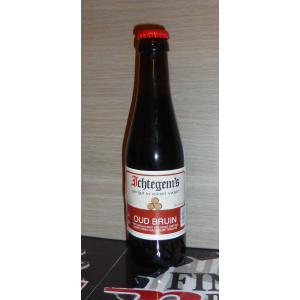 In the heart of Western Flanders, not far away from the busy traffic route Roeselare-Ostend, is situated the peaceful town of Ichtegem. It's a place that never plaid a significant role in Belgian history, but that was occasionally in the news because of the presence of 3 breweries on its territory.
Nowadays only one brewery is still operational. Situated in the shadow of the 17th century St-Michel’s Church, the traditional Strubbe Brewery, the Virgin of Ghent - as she used to be called, is as old as our country.

In 1830, one Carolus Strubbe left the trading town of Tielt to try his luck in Ichtegem, a town well known for its flax industry. He became a farmer and brewer there: in summer, he tilled the land, and in winter he worked on the malt floor with his stirring barrel. At the time, most brewers grew their own raw materials, not only barley and grains, but some of them even grew their own hops. They made their barrels and tanks thereselves or at least restored them themselves; most of the time with oak from their very own trees. Due to this traditional method, there was a great variety of beer barrels in size and off course in content.

Since its establishment, the brewery stayed in the possession of the family for six generations, from father to son. Carolus Strubbe was succeeded by his son Louis, who passed on the stirring stick to his son Medard, who changed the name of the brewery into 'Brouwerij Strubbe' (Strubbe brewery). Later on, he left the control of the day-to-day running of the brewery to his only son Aimé. After Aimé, two sons joined the brewery: Gilbert Strubbe, who became Master in the art of Brewing and his brother Etienne Strubbe, who was responsible for sales and administration. Today, the business is in hands of Norbert Strubbe, who followed in his fathers' footsteps, and of Marc Strubbe, Gilbert’s son, who manages the production process. In ancient times, each town had at least one brewery. In 1900, Belgium had 6.7 million inhabitants, 2632 cities, 197821 bars and exactly 3223 breweries. Nowadays the number of operating breweries has dropped to less than 100. Due to the never ending investments in their own company all over the six generations, from the founder Carolus Strubbe, to Norbert and Marc Strubbe (so over a hundred and sixty five years), the Strubbe brewery managed to survive. Thinking of their prestige, many brewers opted not to invest in their own company, but yet in houses that they converted into bars, which were thus obligated to buy the beers of the investingbrewery. They were wrong, because at the time of the turn of the century, the amount of bars begun to drop considerably, from 197821 in 1900 to 152200 in 1920 and 85000 in 1950. Nowadays only 30000 are left. Due to the loss of regular customers (and rent) on the one hand, and the technical and quality disadvantage in the production process on the other hand, many breweries were forced to close their company down.

In 1978 the most important investments took place since the establishment in 1978 when Aigle-Belgica (formerly Brewery De Meulemeester-Verstraete) was taken over and was dismantled by Piedboeuf (now Interbrew). All useful copper brewing machinery moved from Bruges to Ichtegem, where they have been cherished.

In 1986, the open barm tanks were replaced by 4 cilindro-conical tanksof 150 hl, thanks to which one could work faster and more sterile and conservatives were no longer needed nor used. With these investments the brewery could expand her storage space and machinery, without harming the traditional production methods. Due to the increasing variety of local beers at the beginning of the nineties, another couple of cilindro-conical tanks were added.

Up to 1999, the brewery also had a lemonade and water production. Putting an end to this activity was necessary in order to give way to the expansion of the beer filling installation, again to improve the quality and packaging of the beer.

Until the end of the first world war, Strubbe only concentrated on high fermentation beers. It only concerned two beers called simple beer and high fermentation beer. The first had a 2% alcohol level, the second a 4 % alcohol level. Aimé Strubbe gradually switched over to the brewing of low fermentation beers, first there was 'Bock' and later on 'Pils', a conversion that cost a lot of money and energy but unfortunately that business did not turn a great profit. Luckily there was still the 'Bruin Hengstenbier' (~brown stallion beer), a beer that was loved for its sweet and sour special taste. This 'hengsterbier' was also the base for the in 1982 introduced 'Ichtegem's oud bruin', with a 4.9% alcohol level, of which an improved version was launched after the 25 year old Marc Strubbe entered the business.

The following year, due to an experiment of 5 jolly drinking partners from Zele (Eastern Flanders), led by Marc Vael, a brew named 'houten kop' (~hangover) was discovered and was brought into production by Strubbe in Ichtegem ever since. This fruity amber coloured beer is blessed with a delicate aroma, provided by a daring mix of herbs, which Marc Vael and his friends jealously guarded a secret for years. Formerly, even Marc Strubbe was kept guessing about the compound of the herbs, that added Marc Vael personally to the brew in the past. Anyway, one thing is sure: none will wake up the next morning with a hangover after drinking 'houten kop'.

At the end of the year 1986 'Dikke Mathile' (~Fat Mathile), an amber coloured beer with a 6 % alcohol level, still very popular in Ostend, was put on the scene.
Especially for the city of Lokeren, Marc produces the beer 'Dobbelken' (~little double), a natural beer with a 4.2 % alcohol level. This beer was selected by a jury out of 120 different Belgian beers.

It was predictable that Marc Strubbe would not let the grass grow under his feet. He even surprised everyone as being the first Belgian producer of near beer. 'Edel-Bräu' with a 0.3 % alcohol level says the label. Marc was thinking: “if brewery Henniger in Frankfurt, Germany, can brew a beer called 'Gerstel Bräu', with a 0,4 % alcohol level, so can I” minding that ‘Gerstel Brau’ had an alcohol level of 0.4%, so even 0.1% more than Edel-Bräu. This way, Marc Strubbe beat by almost two years all Belgian beer mastodons with their armies full of brewing engineers and lab assistants!

Near beer never scored high points in Belgium. It nearly reached a 2% market share. This wasn't a big surprise if you know that some bar tenders gave customers a bar of soap with every glass of near beer, with the explanation: ‘this goes along with the water you ordered'.

Marc Strubbe also made his own white beer, under the melodious name of 'vlaskop' (~towhead). This beer wasn't brewed with non-malted wheat, like most white beers, but with 40 % non-malted barley and secondary fermentation in the bottle. That is exactly why the label says 'Gerstebier' (~Barley beer); the secondary fermentation takes about 10 days in a heated room with a constant temperature of 22° C. With its 5.5% alcohol level, the Strubbe white beer is less sweet than most common white beers, also less turbid but tastes a little bitter.

Finally Strubbe also offers the 'Couckelaerschen Doedel' with a 6 % alcohol level. Brewed with French summer barley, hops from Poperinge and a mix of Scottish delicate herbs (hence the name), the Doedel served chilled is a very well loved local beer, that can be tasted with several gastronomic dishes. It will certainly do the dish a power of good.  Taking in account the deposit in the bottle, one should pour out this beer very carefully. Thanks to the secondary fermentation, the 'Doedel' is almost not perishable.

Time goes on in the year 2000 for brewery Strubbe: Aluminium tanks were replaced with inox tanks, the barrel filler was replaced with a new one etc ...

In 2001, new investments took place in order to keep on improving the final beer quality. Another asset worth mentioning: Marc Strubbe was awarded by the 'Fédération des études et recherches dans l'industrie de fermentation' for his scientific study ‘The return of the hopping during the cooking of the wort and the loss of bitter agents during the further production process’.

2004 was a busy year brewing 2 fully new beers: Keyte as a result of the commemoration of the battle of Ostend. And in October 2004, the city of Oostkamp has launched his own beer Wittoen.

Also in 2005, the Strubbe brewery kept on investing. A new bottle filler and also new crates for 33cl bottles were introduced.

2006 will be the year of a new beer: Ichtegems Grand Cru.

End of 2007 we choose to change the name 'Superpils' into 'Strubbe pils'.

In 2008, Norbert Strubbe has passed on the torch entirely to its son Stefan Strubbe. (seventh generation) 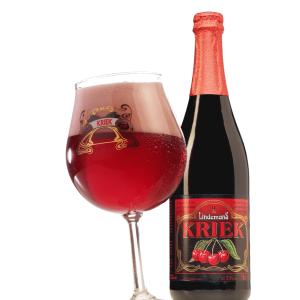 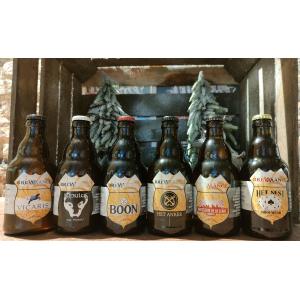 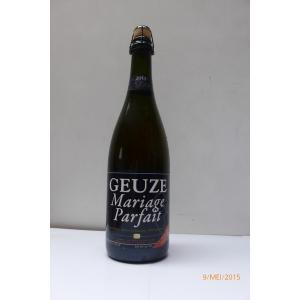 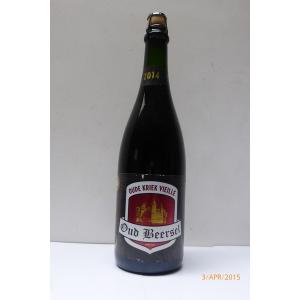