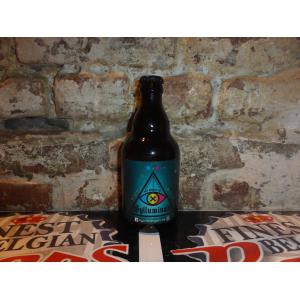 Reviewing beer is a dangerous business. Not only does liquid gold belong to the Belgian heritage, it is also a matter of personal taste. What to one tastes like divine urine with the sound of harps in the background, to another may taste like actual piss with the sputtering of a worn-out Manta as a backdrop. Nevertheless, a group of bizarre brewers from Wevelgem managed to stimulate our attention with 1 specific beer. It is also their only beer and during their brewing process more than just beer was poured into the bottle. We opened a bottle of Sylluminati, the most mysterious beer in the world.

Anyone who wants to understand the demonic forces behind this special beer must descend into the catacombs of our small kingdom. Wevelgem, a hamlet wedged between the attempted metropolis of Kortrijk and Menen-Wereldstad, is home to a group of abstract personalities. A tattooed wench with a nose ring, a big giant with a funky hat and attempt-at-beard and a devilish-looking guitarist who is also lavish with paint? These are just a few of the artists on offer who have united in the SYL collective. Their goal? Conquer the world! Of course, they don't say it literally and use devious marketing techniques to trick the planet into believing that they are doing art but the reality is of a completely different order.

During one of their New World Order meetings, they decided to venture into something completely new: brewing beer. Brewing beer is not really something unique in Belgium now. Almost every card club, pigeon association or confederation of left-handed masons has its own tombola beer on the market somewhere. The Wevelgem circle of evil decided to do things differently and started experimenting with all kinds of ingredients. The result, a hefty beer with a dash of Kraken rum in it (yes, THE Kraken rum), is impressive. It is a beer with such a unique taste that one can almost shamelessly open one at breakfast, just before the coffee is served.

A label with a cryptic code and access to the greatest secret
All joking aside, he transformed the label of the Sylluminati beer into an extremely complex riddle. The label is full of figures, colors, shapes and numbers, a mix that should lead to 1 answer. Anyone who can crack the code will win a prize, but no one has yet managed to find the solution. Through the facebook group "Expedition Sylluminati", treasure hunters worldwide unite in the hope of unraveling the mystery, fruitless to date.

Let that just be the icing on the proverbial cake. You drink a delicious beer and you stare at the label when serving. Can you win a bunch of flowers with this, or does cracking the code take you to the highest echelons of world domination? Nobody really knows and plenty of time to think about it in these lockdown times… with a fresh Sylluminati. 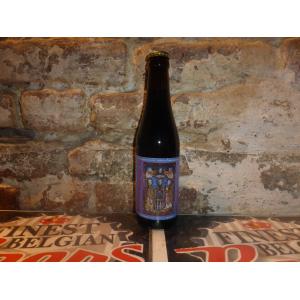 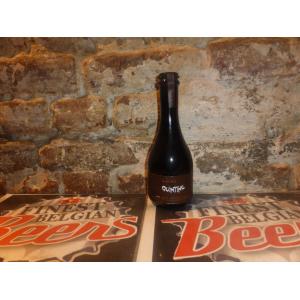 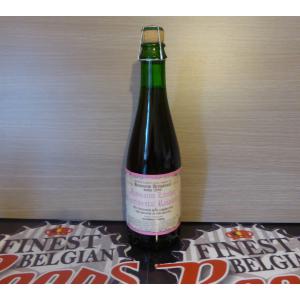 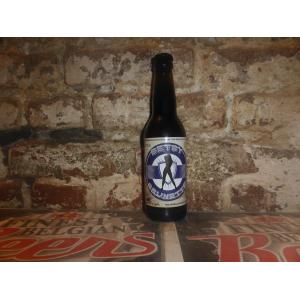