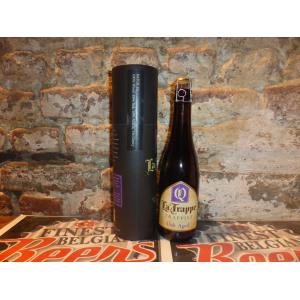 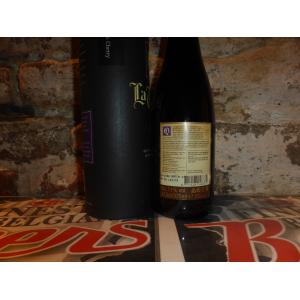 The La Trappe name comes from that of the French abbey of ‘Notre-Dame de la Grande Trappe’ in the Normandy village of Soligny-la-Trappe, also known as ‘La Trappe’. This is where the order of Trappist monks originated. As far as back as 1140, Benedictine monks ran a chapel here, which later became the Cistercian ‘La Trappe’ monastery.

French Trappist monks found refuge in the village of Berkel-Enschot in the Netherlands’ Brabant province. A patch of heathland, with farmhouses and a sheep barn. The farmhouses were named ‘De Koningshoeven’, or King’s Farms, after their former owner, King William II.

1884: Foundation of the Trappist brewery

The sheep barn was converted into an abbey. Self-sufficiency and the duty of charity inspired the Trappists to start brewing ale. Until the present day, brewing within the walls of this abbey still adheres to the age-old methods of the Trappists.

1920: Modernisation of the brewery building

After WWI, the brewery saw a steep rise in production, prompting modernisation of the brewery building to be able to keep up with demand.

The difficult years of war were marked by a serious scarcity of raw materials. After the war, the monks went all out to get the brewery up and running again. And not without result.

1950: Development of a lemonade factory

In 1950, the Trappist monks established a lemonade factory. And this was followed by other developments: A new laboratory was opened in 1959, followed by the commissioning of new fermentation and lagering tanks in 1967.

1968: Partnerships with other breweries

In the late 1960s, the brewery grew into a medium-sized brewery that produced dark, Pils, Dortmunder, Super, and Bock beers. Increasing demand prompted the brewery to look to strike up partnerships with other breweries.

Monks took brewing back into their own hands and started marketing a top-fermented ale under the name La Trappe. Brewing methods and recipes from the 1950s served as the basis for this ale. Further innovation ensued and a new brewery was taken into operation in 1989.

At the end of 1989, the first ale flows from the revamped brewery. More than a hundred open yeast containers and lager tanks had to make way.

La Trappe presented La Trappe Quadrupel, the strongest in La Trappe’s range (with alcohol content of 10%). Initially only brewed in winter, its enormous success soon made the monks decide to brew this ale all year round.

In 1999, the company started a collaboration with the Bavaria Brewery from Lieshout. A new bottling facility was built, to be able to continue to guarantee the quality of its ales in the future.

In 2003, La Trappe launched its white beer, Witte Trappist. This ale is based on a tweaked recipe from the 1950s. Witte Trappist was initially only brewed in summer, but its success soon made it a year-round beer.

In October 2004, La Trappe reintroduced its Bockbier, in keeping with its tradition. And La Trappe Bockbier is still brewed on a seasonal basis.

The canteen organised more and more visits to the brewery. As a result, the canteen turned into a ‘tasting room’ for Trappist ale. From 1984 onwards the number of visitors grew to such an extent, that a new Tasting Room was needed. The Tasting Room was made to look like a sheep pen, the way it all began.

La Trappe PUUR was brought out in 2010. This is a fresh hoppy and light Trappist beer with alcohol content of 4.7%, brewed using high-quality organic ingredients. The recipe used for PUUR is the result of La Trappe’s pursuit of the highest quality and a passionate dedication to beer, coupled with unrelenting respect for people and planet.

In 2009, the brewery started aging its unique Quadrupel Trappist ale in wooden barrels (barriques). We give this ale as long as one year to undergo a fantastic and unique taste evolution.

In 2010, The Koningshoeven Brewery was voted the Entrepreneur with the Best Corporate Social Responsibility credentials in the city of Tilburg for 2010-2011. This biennial award goes to the organisation that stands out for its efforts to emphasise the link between People, Planet, and Profit. Needless to say, La Trappe intends to continue down this road in the future.

When they started developing La Trappe PUUR, abbey and monastery set out to minimise this ale’s carbon footprint by compensating CO2 emissions as much as possible. In February 2011, this aim materialised in the first action: planting a forest on 1.3 hectares of farmland near the monastery. They named this the Puurbos (PUUR forest).

From the end of 2011, La Trappe has also been sourcing its barley locally. Among other things, this reduces CO2 emissions from lorries. And it gives La Trappe greater control over the barley’s quality.

The brewery invests in solar energy. Initially only to provide energy for the monastery shop and charge electric bikes, but in the longer term also to generate electricity for the entire production process. 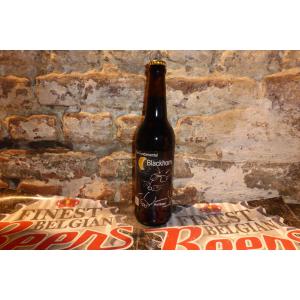 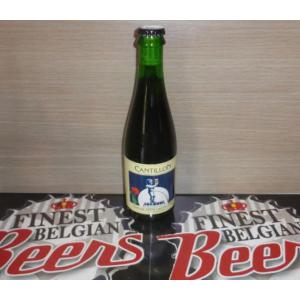 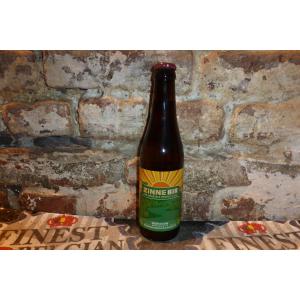 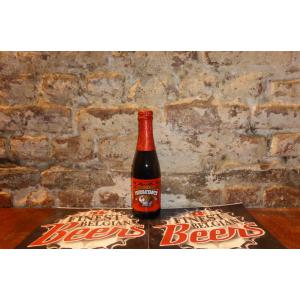